The Massy Goolden Trophy is designated to honor junior players for achievement combined with sportsmanship. 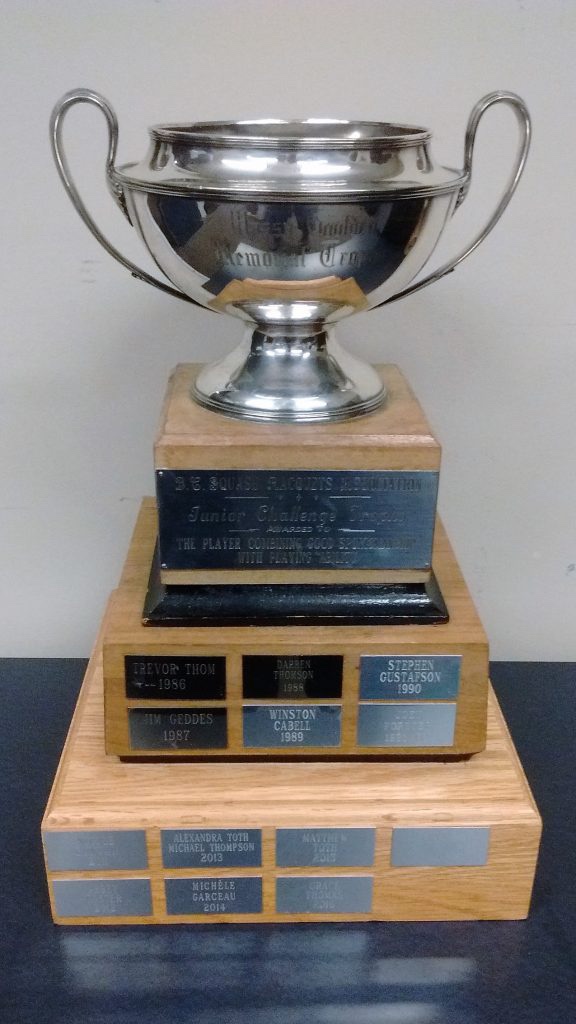 Captain Massy Goolden was one of the other truly dedicated squash enthusiasts. In 1929, he constructed an English-sized court at his home “The Knole” at 57th Avenue and Marine Drive in South Vancouver. Recently retired from the Navy he had married the widow of Mr. Blythe Rogers, brother of Ernest and developed a strong interest in the game. The ‘Goolden Court’ was in constant use for many years, both for friendly games and tournament play. Captain Goolden was also instrumental in establishing the Vancouver Squash League. Captain Goolden with A.E. John Jukes, donated the Jukes-Goolden Challenge Cup, awarded annually to the winner of the Provincial Championships. The trophy was later renamed and designated to honor junior players in the early 1970′s for junior achievement combined with sportsmanship.