The Jack Larsen trophy is the highest honour an individual can receive from Squash BC and is awarded in recognition of significant overall contributions to the development of Squash in BC.

Named for J.H.R. Larsen who  played squash in Vancouver way back in the 1920’s on the ‘Rogers Court’ and at the Jericho Golf & Country Club. Part of the group instrumental in securing the original Vancouver Racquets Club property at Oak and 25th in 1954, he was a three-time Provincial Champion in 1950, 1951 and 1953, one of only two players to win the title more than once during that decade. His brother, E.R. (Ned) Larsen, was the Headmaster of Shawnigan Lake School when the new courts were built there in 1966 and dedicated to the memory of Jack who was a graduate of the school. 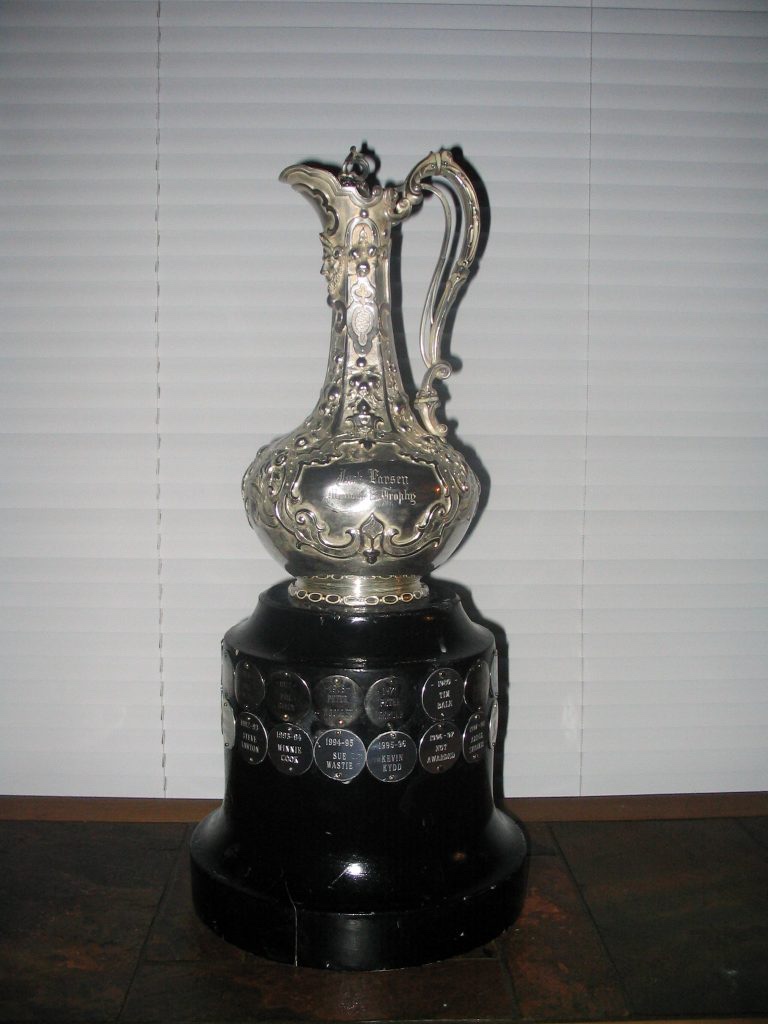 History of the Jack Larsen Trophy