The Rogers Trophy is awarded for the best record in national and international competition.

Named after Ernest Rogers, one of the Rogers Sugar family. He first played squash in the early 1920’s on the John Fordham court which was built in the 1890’s to English (international) specifications. It was located at Beach Avenue and Cardero Street. However, Mr. Rogers played on American courts in Seattle on several occasions, so in 1927 he built  the  ‘Rogers Court’, the first North American court in Vancouver at 1789 Matthews Avenue.

In 1951, the Department of National Defence courts (accessible to the small playing fraternity) were turned into offices and for the next year, squash survived at the ‘Rogers Court’. Irene Rogers, widowed by this time, very generously made her court available to the dozen or so active players at that time. The Rogers Trophy was later established by several of these players in appreciation of the contribution to squash made by both Ernest and Irene Rogers. 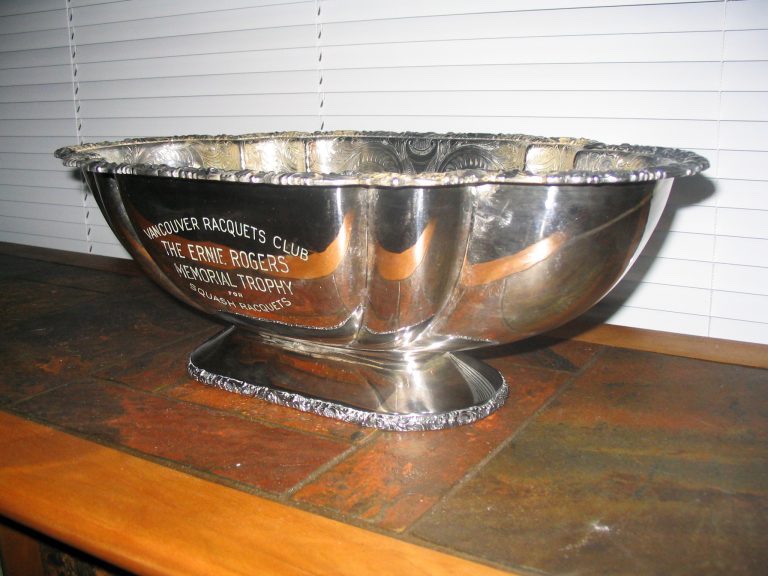