Read on for our full recap of the event.

At the 2021 Canadian Junior Closed Championships, BC athletes took home five of eight titles and occupied nine of sixteen final-round spots. This incredible achievement means BC outperformed all other provinces combined in the event. The future is bright for competitive squash in BC!

In the Boys Under 13 division, Vancouver’s Daniel Tiwana took home the title, defeating Kent Rawlins of Ontario 11-8, 6-11, 4-11, 12-10, 11-3 in the championship match. Shaan Bajwa also competed, losing a hard-fought first round match but winning his way to the consolation final. 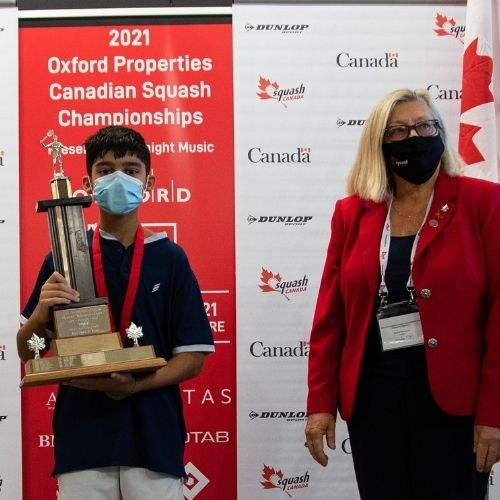 The Girls Under 13 draw featured an all-BC final, with Joelle Kim defeating Veera Dhaliwal 17-19, 11-9, 16-14, 11-9. Both girls hail from Richmond. Ella Cao and Jayme Bracewell both lost first round matches but had wins in the consolation draw. 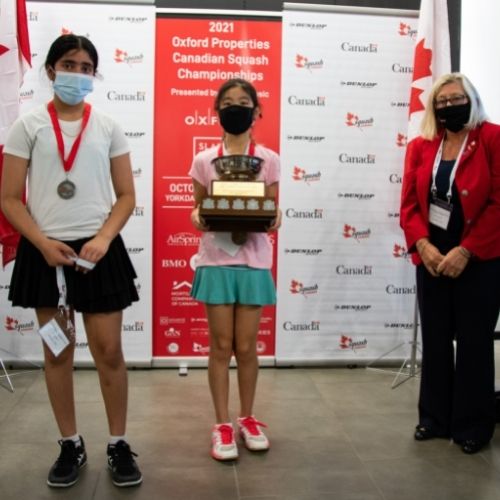 In the Girls Under 15 division, BC athletes again made up both sides of the final. Richmond’s Ocean Ma defeated her sister Spring Ma 11-8, 11-9, 11-6 to take home the title. Another pair of sisters, Cynthia Yu and Athena Yu also competed, with Cynthia reaching the consolation final. 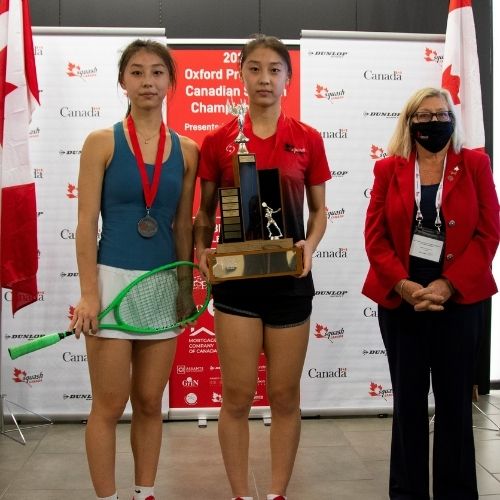 The Boys Under 15 final featured Vancouver’s WeiHan Wang, who lost a tough match to top seed Youssef Sarhan from Quebec 11-6, 11-9, 7-11, 12-10. Richmond’s Yusuf Matti-Alvarez and Vancouver’s Dylan Scott both had first round wins. Yoyo Chan and Tristan Bracewell also competed, with Tristan winning the B Consolation. 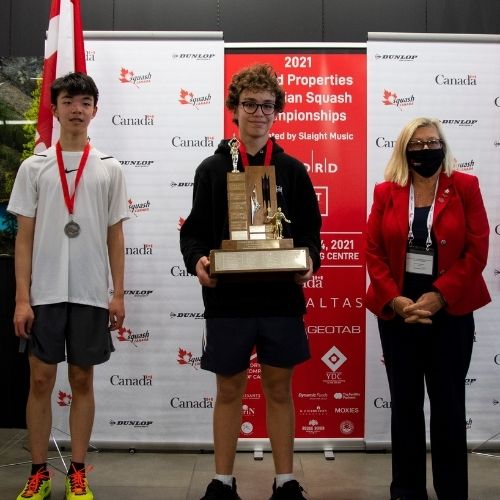 Richmond’s Jacob Lin took home the Boys Under 17 title without dropping a game. He beat fellow Richmond athlete Joseph Toth in the final 11-2, 11-1, 11-4. Vancouver’s Morven Liu also won through to the semi-finals and prevailed in the 3rd place playoff, giving BC a clean sweep of podium positions in this division. Harrison Yang also competed, losing a tough 5-game match in the first round. 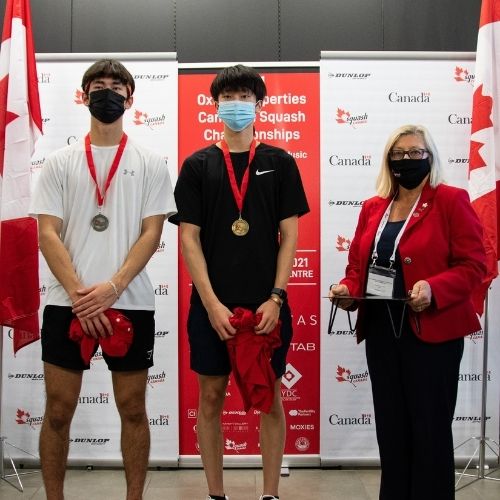 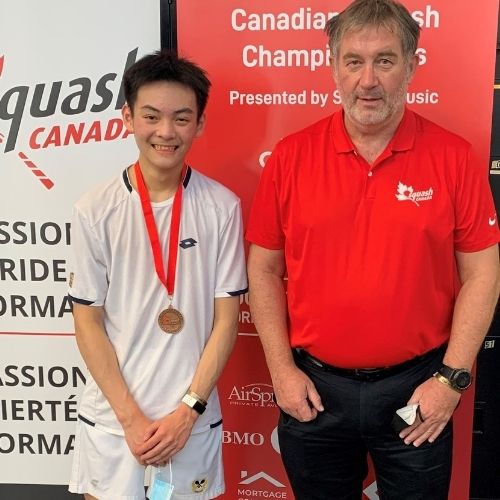 The Girls Under 17 division also saw a BC champion, with Vancouver’s Maria Min defeating Amal Izhar from Ontario 8-11, 11-7, 11-2, 11-9 in the final. Hermione Cao won her first round but fell to Maria in the second round. She continued in the consolation draw through to the title. Three other BC athletes Sarah Aki, Lialah Mavani, and Kathryn Herring also competed, with Sarah winning the B Consolation. 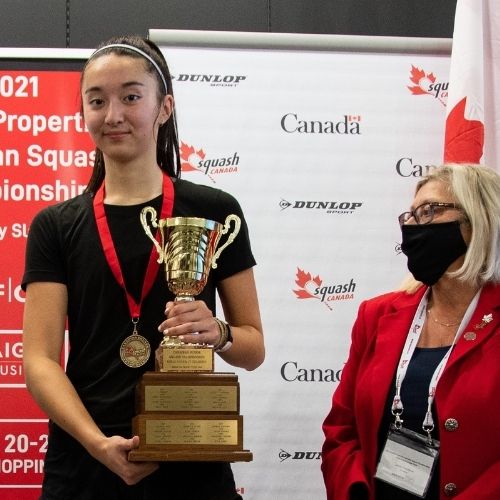 At the 2021 Canadian Men’s and Women’s Open Championships, four BC athletes featured across the Men’s and Women’s draws. North Saanich’s Nicole Bunyan won through to the semifinals of the Women’s draw, losing out to eventual champion Danielle Letourneau. Victoria’s Giselle Delgado reached the quarterfinals, but lost to the number one seed. Victoria’s Brooke Herring won a first round match to reach the round of 16. Victoria’s Jason Herring also competed in the Men’s Open Draw.

Squash BC thanks all athletes for competing in the event and for representing BC so well. All athletes, coaches, parents, and supporters should be proud of the effort that went in to our team’s incredible performance at this event.